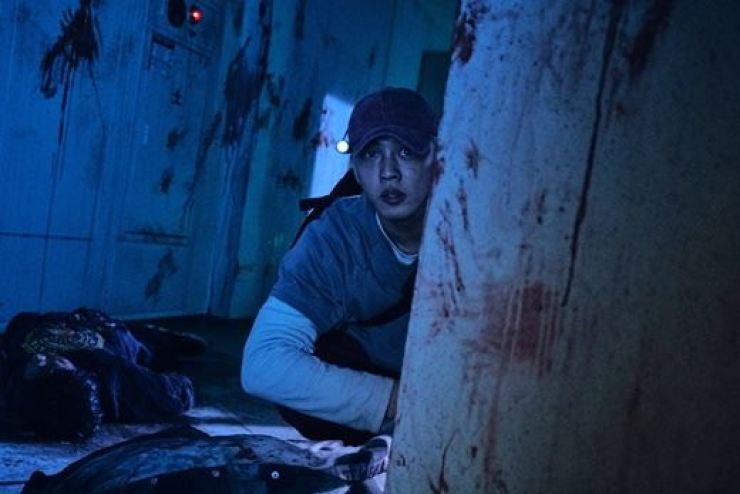 South Korea strikes again as Il Cho takes the reigns for the first time as director in this intimate zombie story. Like in Train to Busan, #Alive takes a look at the world as it descends into a zombie infested state, and while there are excellent zombie moments sprinkled throughout its main core of the story is about surviving alone, isolated from the world.

The story starts off as Oh-Joon Woo, played by Ah-In Yoo (Burning), wakes up one morning to find his family had gone out. His mother left a note saying he should get groceries before they get back. Instead, Joon Woo hides away in his room to play video games. A zombie outbreak starts appearing rapidly, news outlets are unsure of what caused these strange incidents, and now Joon Woo is trapped inside his apartment with minimal food and no idea when, or if, he’ll be rescued.

In American horror movies, cell phones and modern technology have been a boon for creatives when trying to isolate their characters. We are so connected in this world that it would seem weird for modern characters not try and use their phone, or any number of ways, to contact the outside world. Here, as the title suggests, the film plays with technology in smart ways where it never truly leaves, but when it doesn’t work it makes the main character question what to do. Selfie sticks, drones, vlogs, and game groups are all part of how Joon Woo copes with and understands his situation. It’s also how he tries to get out of it, but his technology never fully reaches help.

In a way, #Alive is commenting on the modern young adult that society finds self-isolating more and more as a way of communication and entertainment. The zombies are the world, a metaphor for antisocial tendencies, trap them in various states of apartment and rooms. When Joon Woo does interact with other people, in particular an older man, he is confronted with a locked room and a zombie as if the older generation were telling him to ‘buck up’ and socialize their way.

With it’s clever usage of technology and its close look on how someone copes with isolation when living inside an apartment surrounded by technology, #Alive provides a good zombie primer for the spooky season. The performances are great with some surprises sprinkled throughout the story. There are certainly some nail-biting scenes as characters tend to hang off railings from eight stories above ground trying to get a signal. All in all, this is a good night in.

One thought on “#Alive – Review”